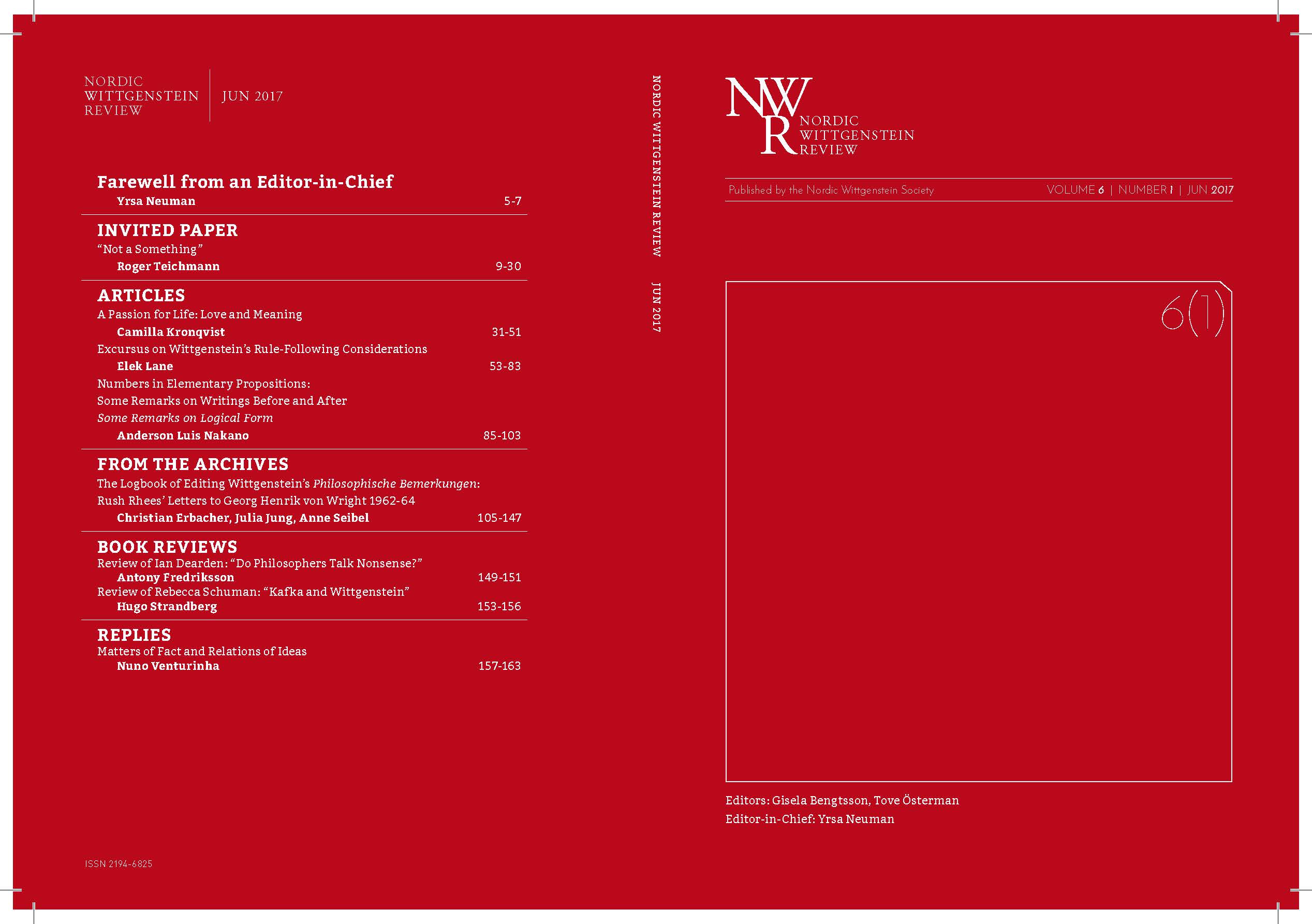 Rush Rhees, Elizabeth Anscombe and Georg Henrik von Wright were Wittgenstein’s literary heirs and edited many posthumous volumes from Wittgenstein’s writings. Their archived correspondence provides unique insights into this editorial work. The selection of letters written by Rhees which is presented here stems from an early phase of his editorial endeavour to shed light on Wittgenstein’s philosophical development between the TLP and the PI. The letters were written between 1962 and 1964, in connection with the volume that appeared as Philosophische Bemerkungen (PB 1964), and show how Rhees’ understanding of Wittgenstein’s texts developed during editing. They contain some of the central considerations that governed Rhees’ work as Wittgenstein’s literary executor.